I Stayed Up to Watch That!?

I question my decisions all the time. Let me be honest, I speak to myself as well and yes, occasionally (more often than not) I do answer myself as well. So how did I end up staying up until 1 am watching the Twilight Series?

Something you need to know about me….I don't jump on the bandwagon of movies and books. I have never read any of the major series: Twilight, Harry Potter, 50 Shades, Divergent, Hunger Games. Nor have I went the movies to see them or rented them. I guess I have a little rebel in me. I will be honest and say that I finally have watched the first movie of Twilight, Divergent and some of the Hunger Games. Other than, I haven't watched any others. I even feel my life it rounder and more robust because of it (enter canned laughter). Last night there was nothing on so what did I do… 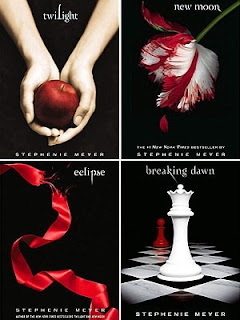 ...watched the rest of the Twilight series on TV. I guess since my booty was in such a state of euphoria being in the semi-upright recliner and the channel already attuned to that station, I just sat there and watched. And watch and watched and watched.

Now that it is over, I can cross it off of my list of whatevers. It was ok to watch. I was more into the cinematography then the story. Actually, I really do not like Kristen Stewart as an actress (but I did like her as Joan Jett in The Runaways) and all the hype it had gotten so my involvement was minimal. At work we would call that Strategically Compliant: I did what was expected of me to do but I did not put forth much effort or involvement.

So my question to you is…what movie (or series) have you watched that you really had no desire to watch, but figured everyone else has so you might as well watch it before you die? That was a mouthful huh? You know what I mean….