I told her she could not let this happen while on my watch. What happens? Baby ducks hatch! Be advised, I could not get close enough for super great pictures and I did not need to stress her out more than I already did. 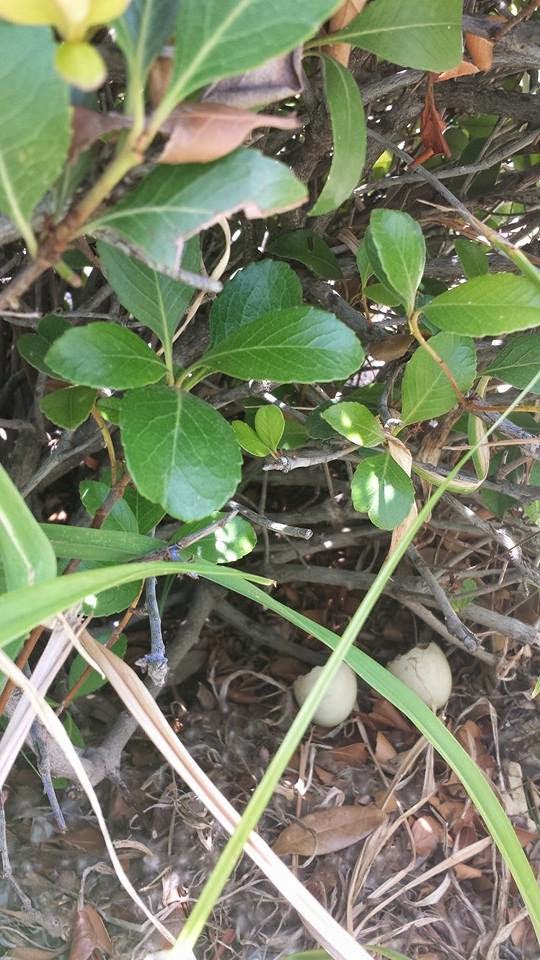 I checked on them Thursday night and there was no movement. This afternoon around 1 p.m., there were cracked shells! I didn't see them so I went back inside. A few minutes later I looked outside and there they were! So fuzzy and cuddly cute! They were just snuggled up around mom. 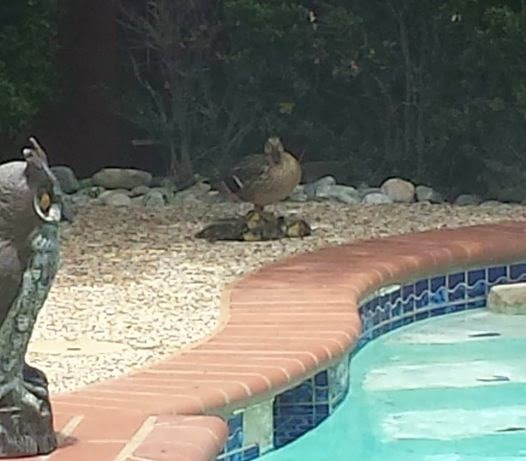 I looked out again about 10 minutes later and they were gone! Nope, they were in the pool! I was in awe of these little baby ducks already walking and swimming. A few were even diving under the water! I guess there really are natural instincts. But how were they to get out? 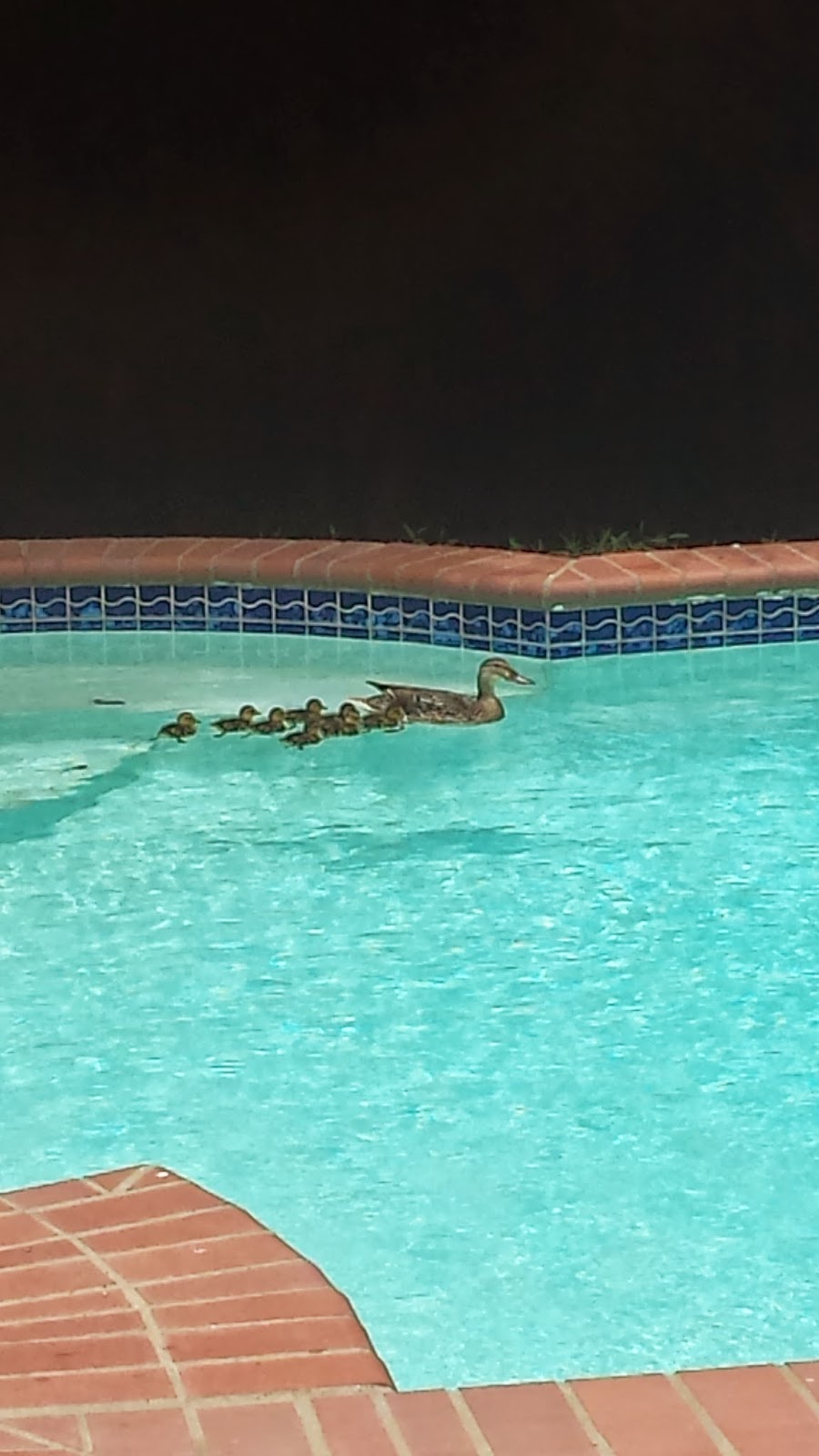 This is were I started to stress. Heck I will stress over anything. They duckies would swim to the steps were they went in but could not get up on the rock that was left in there. Not to worry, yet…I put on my super hero cape and ran out to help.

I put in more rock. Nope they did not like it. A skimmer they can waddle up. Nope, snubbed their beaks at it. I found some hard plastic cover thingy. Nope, again! Dang, this super hero was getting a complex and running out of ideas! I finally found a board to float in the water an anchor on the side.

Finally they got up on the side of the pool!! Nope, not by my ingenious idea, but but getting on the rock and jumping up on the side. It was pretty funny to watch. They would jump up and either fall back in because it is a curved edge or they would turn around and show their siblings how to do it and they would fall back in the water. After a few minutes, they were out of the water, sleeping like little baby ducks.

During all of this, I was on the phone with LT worried about the babies getting out of the water. What if they didn't and got exhausted from swimming? What if they died? 8 little babies were weighing heavy on my mind and heart. My super hero LT found they make this thing called Frog Log

It sits on the side of the pool allowing animals to safely and easily get out of the poo. I was ready to buy one and have it shipped but the duckies proved they did not need it…at least that time. Who knows if we need to buy one later. One thing I know is it is at my sister's house and not mine. I don't think I could survive the stress!!

Oh, and in the state of Texas it is illegal to do anything to momma or the eggs even relocate them. If a momma duck lays eggs, they are there until they are able to fly which is about 2 months after hatching.

Have you ever seen this frog log? Do you have one? What are your thoughts on this?